Yes to Britain! Yes to Europe! Cypriot Liberals on a better future for British Youth INEurope!

Allow me to start by thanking Cathrine Bearder MEP, Baroness Kishwer Falkner and the LibDems for holding this event of defining importance to the future of the British people and of Europe.

Britain had suffered a lot during the two World Wars of the previous century, as had also its allies in Europe and beyond. Germany itself was devastated as a result of the Wars.

It was a collective wisdom gained out of the dearest price of immense loss of human life.

This costly experience led our fathers (no mention of mothers at the time) to realise that the causes of war, destruction and devastation should be turned into instruments of peace, of prosperity and of respect of human rights, through co-operation towards the common vision.

And lets note here that development and growth in a country crucially depend on  knowledge and research.
Conditions that attract qualified human capital in the British Education system can hence only have a beneficial effect on the British economy.

Similarly, British students can be proud of their country’s Universities. Still there is even much more to learn and experience by being able to additionally study in Universities of a Union even wider that Britain.

Indeed I was myself very fortunate that I could have studied in a country outside my own – still part of a wider Union, that of the Commonwealth-where I had the opportunity to gain knowledge and experience beyond what I could had gained at home.

We take for granted:
-the principle of equality and of equal opportunity,
-the freedom to express our views,
-the functioning of democracy;

And above all we take Peace for granted -Nevertheless, peaceful co-operation within Europe was not a given 60 years ago.

It was the result of the enlightened vision of our fathers who saw that the sustained wellbeing of the lives of the European people could only be achieved through peace and co-operation rather than through destructive antagonism and isolation policies.

Lets go to some specifics with reference to a possible

Loss of the Four freedoms that would accompany a Brexit:

Free movement of Goods – There will be a Loss of Export markets-if Britain will be considered a third country and common customs tariff will apply, ie, if import duties will apply to British Exports in European countries, hence making British goods more expensive and hence less competitive

Services –Similarly for Services-British professionals will no longer be able to offer their services in Europe with ease.

Acknowledgement of their professional qualifications will no longer be automatic and they will have to enter into procedures of acknowledgement in each member country before being able to offer their services there.

This will be of particular importance to the City and the financial sector of Britain, where the freedom to provide services, in combination with the free flow of capital may no longer exist and British financial entities will no longer be able to operate freely in or with EU member states

With reference to the flow of Capital, there may be a  severe loss of incoming deposits from EU and non-EU member states-as a result of loss of confidence and difficulties that will arise for depositors to move their money in and out of Britain.
Unless the vision of the Brexit proposal is to transform Britain into an offshore money laundering center, so that it can attract here the dirty money of all the world.

In addition there will be a severe impact on the real Estate market. Investment in Real Estate by EU and non EU persons may drop significantly, if ease of purchasing and selling will be undermined due to rules that will have to do with investment by or into third countries.

Attractiveness of Britain as an investment destination in general will drop dramatically, since prospects of exporting to rest of Europe will be significantly undermined and since free flow of capital will no longer be there. As a result growth and Employment will be severely affected.

In any case, for those persons who are somewhat clostophobic, the narrowing of boundaries and the closing of walls upon them, will not keep them in the country. It will drive them away. And this may lead to a brain drain phenomenon never before witnessed by Britain.

What about Britain’s position in the World?

Britain can only be a Leader if it is actually a part of the Union it wants to lead. And once Britain remains as a member and a leader of the European Union then it has the opportunity to shape the policies that will potentially affect it.

It is no accident that Britain gained so many Opt outs, most notably the opt out from a common currency.

It achieved this by remaining in the Union and defending its interest from within.

Hiding in owr own room, however safe and comfortable that may look, will not make the World outside safer.
We need to be out of our Comfort Zone, in order to make that Comfort Zone wider. And we need to work together with our neighbours to achieve this.

In building a strong and sustainable European Economy, Europe needs to focus on its strengths and do so in a collective, coherent and consistent manner.

In terms of the economy, Europe needs to focus on its strengths in order to be competitive. Such strengths lie in its highly qualified human capital, the services and high quality products it can provide and the innovation it can bring about. Also in its infrastructures and in their enhancement.

And I would kindly appeal to my Cypriot compatriots who have made Britain their home and who I am certain can appreciate through their own experiences the obvious advantages of Britain remaining as a leading member state of the European Union;

I appeal to my Cypriot compatriots not to take anything for granted. Unless they go to vote, somebody else will go & vote and determine their fate in this country. We saw what happened in Cyprus in our Parliamentary elections only two weeks ago, when the large extent of abstention from voting on the part of moderate voters allowed extremist parties to enter our Parliament. We unfortunately see this phenomenon repeated over and over again in one European Country after the other.

Still the composition of parliaments may change every 4 to 5 years.

However, after the referendum of the 23rd of June there will be no going back; Especially if a no vote prevails. Once you allow others to decide on your behalf, you will not be able to undo the abstention.

So please decide yourself for your own fate and for that of your children and grandchildren and actively go to the polls; and vote positively in favour of Britain staying in Europe and leading Europe. 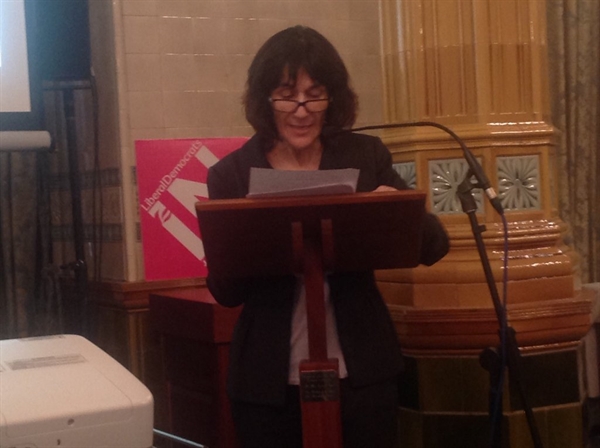 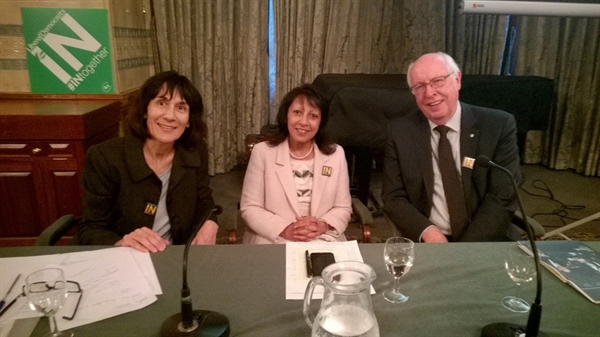 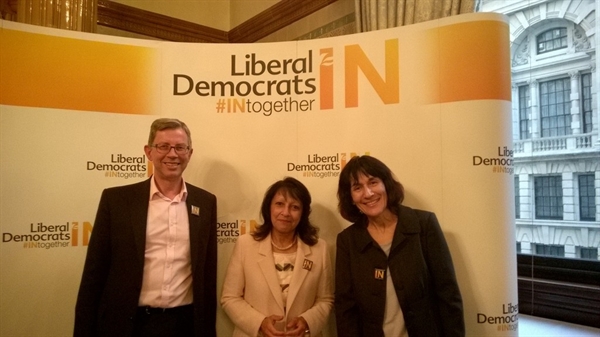